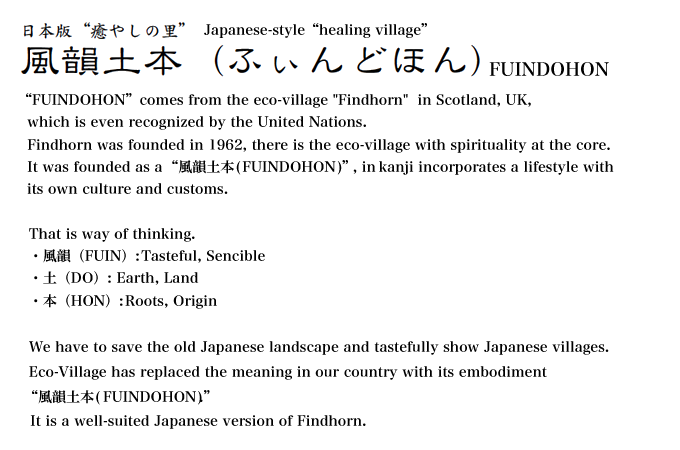 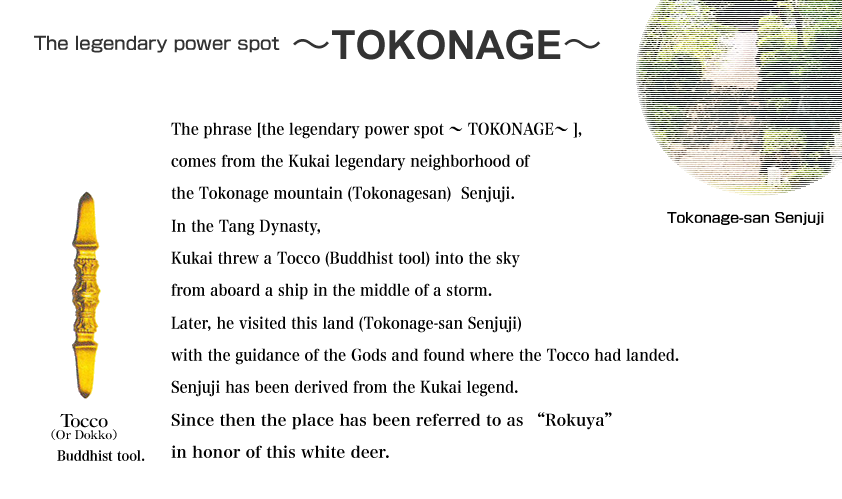 《 Kameoka is a legendary treasure land. 》

Kameoka has many legends, including the okuninushi legend which has transmitted a variety of anecdotes. In addition, there is the natural phenomena of the mysterious sea of clouds. This is suitable land for the power spot. A part of the legend of the land is listed below.

*The origin of the story of Izumo of Izumo daijingu Shrine.*

According to the “丹波国風土記(Tambakoku-fudoki)”, it is described at the beginning of Nara, a transfer of the only Okuninushi’s Pillar to Shimane was made. It is now part of Izumo Taisha.

In other words, this land has been described as the original place called Izumo.

Okuninushi and the Empress are enshrined at Tambakoku Ichinoimiya Izumo Grand Shrine.

There is also the water god, Manai.

*Legend of miracle water in Senjuji*

Once upon a time, a villager found a light and thought it was a fox or raccoon so he shot an arrow at it.

He thought the arrow did work because he couldn’t find the beast but there was a trail of blood leading to the temple.

He found the arrow stuck in the left eye of Kannon in the main hall so he apologized for the crime and removed the arrow, vowing that he would never use a bow and arrow again.

This was the commandment of Kannon, preventing man from killing.

Since then, the water of this temple has been good for healing eye diseases, miracle water (okozui).

A baboon was living in the forest of the village near the shrine. When he wanted a virgin girl, he put a white flag on the roof of that girl’s house. The villagers thought he was the incarnation of God so they feared him. They would put the virgin girl in a white kimono and place her in a long, wooden box and give her to him as a sacrifice.

However, one night, a warlord was used as a scapegoat in the long box and got rid of the baboon, returning peace to the village. There stands a stone on the temple ground where the long box was once placed.

In addition, there is a famous water spring.

Michizane Sugawara is known as the god of study. Takada, Sugawara’s subordinate, was born in Rokuya.

When Michizane was banished, Takada received a sakura tree as a memento from Michizane. After 300 years, the sakura tree was replanted in the temple precincts to protect the temple and strangely, cherry petals appeared on the rock where the tree was originally planted. As God had thought, the sakura tree would wither someday and the crest of the flower would remain on the rock, symbolizing Takada and Michizane’s relationship. Now, it is called “Sakura stone” and has been designated a natural monument.

Kimata, the son of Okuninushi, rode a turtle down the Hozu river to go to an island but partway, there was a storm so he started to ride on a carp instead. Kimata met a carpenter when he arrived. The carpenter asked him, “Who are you?” and Kimata told him that he was the son of God. The carpenter is very grateful to the son of God so he promised to build him a shrine after he finished his travels to Kyoto.

After a few days, the carpenter returned and saw Kimata at the same place so legend has it that the shrine was built in that place.